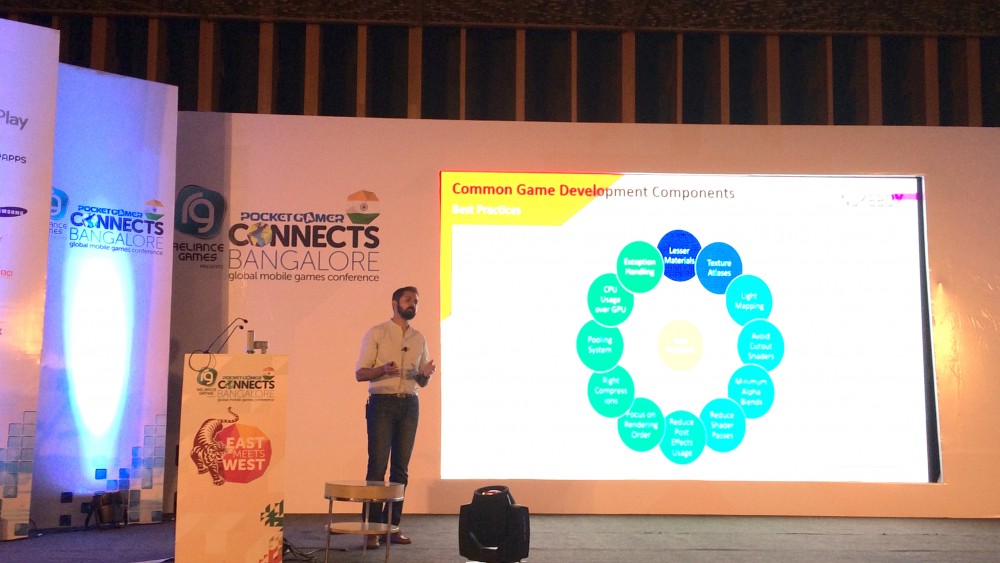 ‘Pocket Gamer Connects’, a two day Global Mobile Games Conference, was recently held in Bangalore on the 21st and 22nd of April, 2016. The aim of the event was to educate developers about the latest trends in the industry and give the Indian gaming community international exposure, world-class knowledge and best practices from experts worldwide.

Developers had a unique opportunity to engage and interact with the who’s who of the sector including investors, publishers and government representatives through a combination of short-form lectures, practical advice dispensing and intensive networking.

Mr. Amit Hardi, Studio Director of Nukebox Studios, the gaming division of TechTree IT Systems Pvt Ltd., was one of the speakers at this event. He conducted a session on “Cross-Platform Publishing and Virtual Reality” which was well-received by all.

During his session, Amit highlighted some of the practices that enable Nukebox Studios to build high-quality games in a short span of time. This came as a revelation to most developers present at the conference. The norm of the industry is to spend 80% of the game production cycle on development and a mere 20% on differentiating the game. This according to Amit resulted in a longer product development cycle and a general lack of innovation. He suggested an increased focus on differentiating the game as opposed to the prevalent practice, in order to bring down the overall game production time.

He also spoke about the influence of Virtual Reality on the industry and emerging VR trends in different industries. He highlighted Monetization as one of the most challenging aspects of Virtual Reality, apart from the huge development cost.

Well, that’s not all, more details on “Cross-Platform Publishing” which will be covered in our subsequent blogs.

All in all, PGC connects was a great platform to synergize, experience and gain from industry best practices and we look forward to the next edition of the PGC connects.